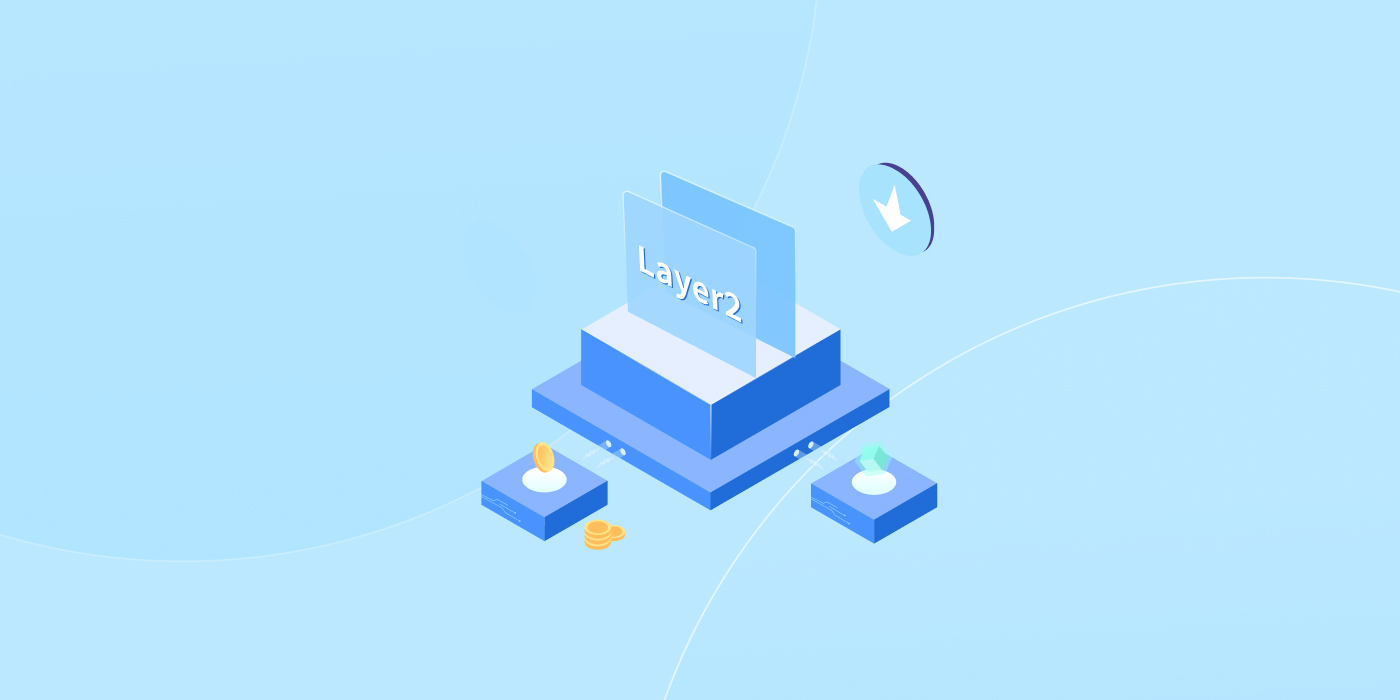 Since its launch in 2015, the Ethereum ecosystem has been growing. However, at the same time, Ethereum’s scalability cannot support the rapidly increasing transaction need since around 15 trades can be processed per second only. This leads to Gas fee floating at a high level, with DApps restricted to be applied at a large scale.

To solve the scalability problem, developers have been putting forward many solutions, including Layer 2 ones. Vitalik Buterin once said that Layer 2 is the future of Ethereum scaling and using Layer 2 solutions to scale can preserve its decentralization smartly. In this article, we will let you understand Layer 2 by introducing how it works, common Layer 2 solutions, leading Layer 2 projects, and the current landscape.

Literally, Layer 2 means a network on the second layer. In this sense, the existing Ethereum mainnet can be regarded as Layer1.

Layer 2 is for scaling the mainnet through the transition of a great volume of computation from it to Layer 2. Only the computation results are submitted to the mainnet. In this way, the performance of the mainnet, including its throughput, can be improved. In plain language, this process is similar to building an overpass to let more cars and pedestrians on a crowded road.

During that process, no structural changes are required for the mainnet since the computation is done separately on Layer 2. Therefore, some Layer 2 solutions allow high throughput and less Gas fee with the same security and decentralization level as the mainnet.

It is worth noting that Layer 2 solutions are different from sidechains, which are independent blockchains based on their own security mechanism. In contrast, those solutions rely on the mainnet’s security since they are still part of the network.

Four kinds of Layer 2 solutions, namely Rollup, Plasma, State Channels, and Validium, will be introduced below based on their difference in handling compressed data and how Layer 2 basically works.

Rollup can be divided into ZK Rollup and Optimistic Rollup, according to their difference in confirming the availability of compressed data.

For Plasma, it is preferable to execute transactions off-chain before settling them on the mainnet based on a fraud proofing system for the disputed ones. OMG network and Polygon are running on this scaling solution.

Like the Lightning Network commonly used in the Bitcoin network, State Channels preferably submit only the first and the last transaction onto the mainnet. Other transactions are handled off-chain before their proofs are uploaded to the mainnet. Celer Network and Raiden Network are built on top of those channels.

Validium also guarantees data availability through zero knowledge proofs like ZK Rollup. But the difference between them is that Validium keeps data available off-chain. DeversiFi and ZKSwap are Validium-powered projects.

Arbitrum became one of the most notable Layer 2 projects after launching its testnet in May 2021. Data from l2beat shows that as of August 5th, 2022, Arbitrum dominated the market with a TVL of more than 2.4 billion US dollars, accounting for almost 52% of the Layer 2 total.

All in all, Arbitrum is an established Layer 2 leader, with its ecosystem covering tracks including wallets, exchanges, bridges, infrastructures, DeFi, and NFT.

Optimism is one of the early Layer 2 projects with an announcement that its token OP will be issued in May 2022. Its user amount and TVL once surpassed those of Arbitrum after the airdrop of OP issued.

DefiLlama shows that by August 5th, Optimism was only second to Arbitrum in terms of TVL, with tokens worth 1.22 billion US dollars locked in the former, accounting for 25.15% of the Layer 2 total.

zkSync is a Layer 2 solution introduced by Matter Labs, a European team. It was launched on the mainnet in June 2020. As of August 5th, the TVL of zkSync stood at 65.43 million US dollars with ZigZag, a DEX, being the DApp with the greatest TVL on the network.

In February 2022, zkSync 2.0 was introduced on an Ethereum testnet by Matter Labs saying that it is the first EVM-compatible zk Rollup, which means users can enjoy projects in other EVM ecosystems through zkSync.

Overall, many DApps have yet to be officially launched in the zkSync ecosystem. In this sense, this network is too immature to be compared with Arbitrum and Optimism.

The StarkWare testnet was launched by StarkWare Ltd. in June 2021. Its mainnet went live in November of the same year. The Ethereum mainnet can be scaled through STARKs.

Statistics show that the TVL of StarkWare only takes up 0.02% of the Layer 2 total. This means that this project is still in its infancy like zkSync.

Also, StarkWare is the only project that does not support EVM among the four.

Next, the current Layer 2 landscape will be analyzed through the TVL amount, Gas fee, and the number of unique addresses on-chain. 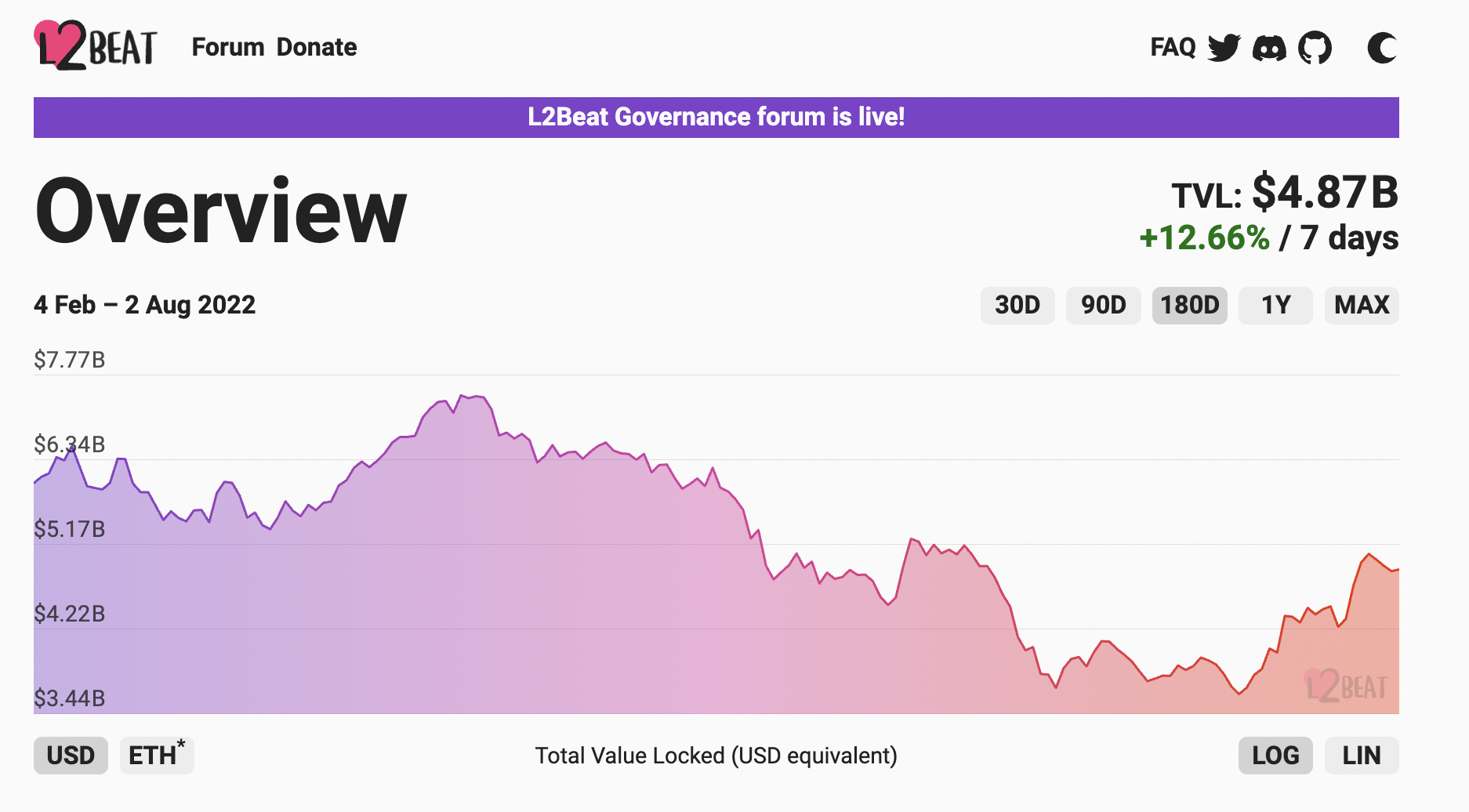 However, for the last six months, the total TVL of Layer 2 has been on a downturn.

According to Dune Analytics, Gas fee on Ethereum on August 7th was $0.29 on average, a relatively low level during the past two years. 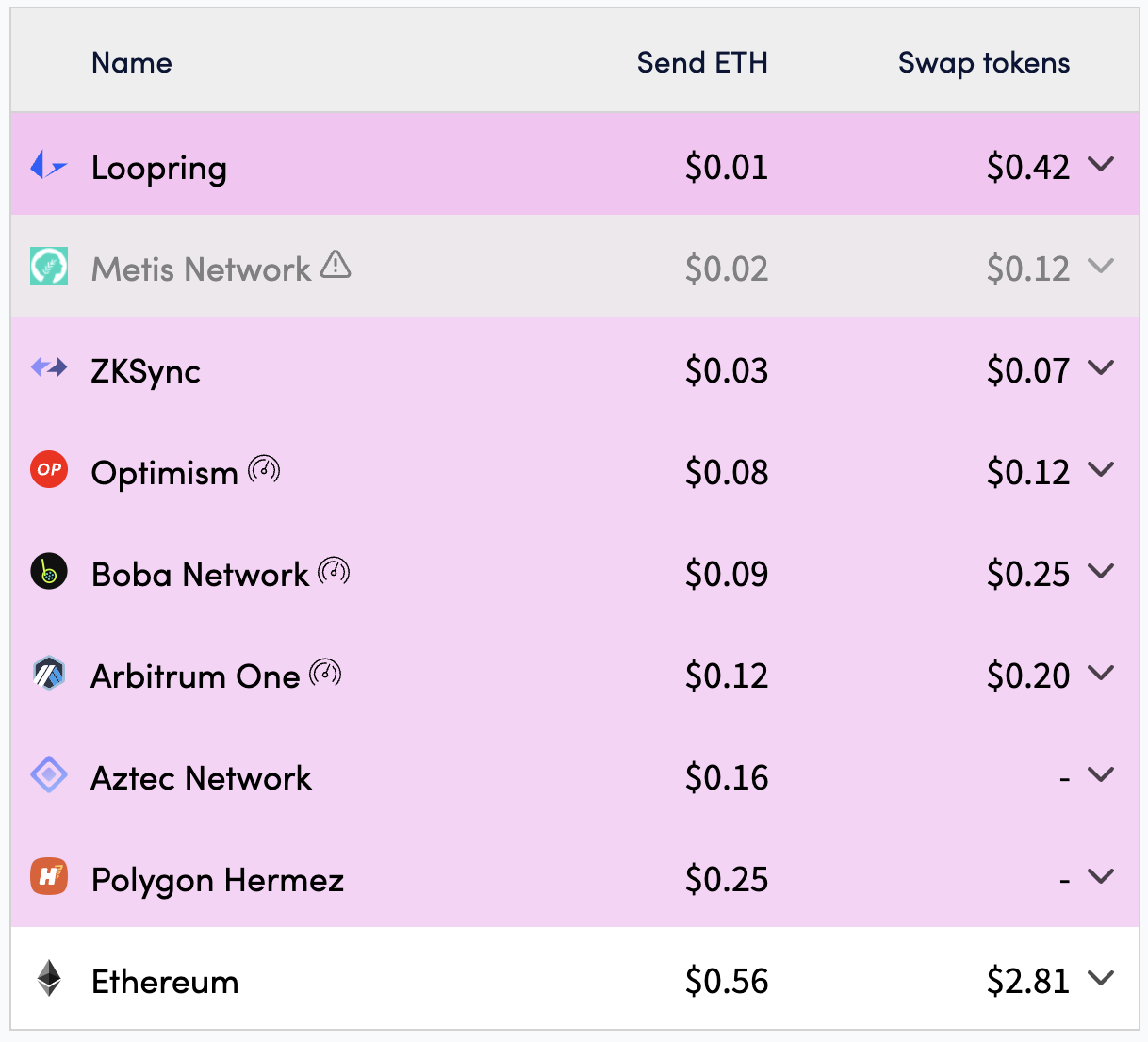 The Number of Unique Addresses On-Chain 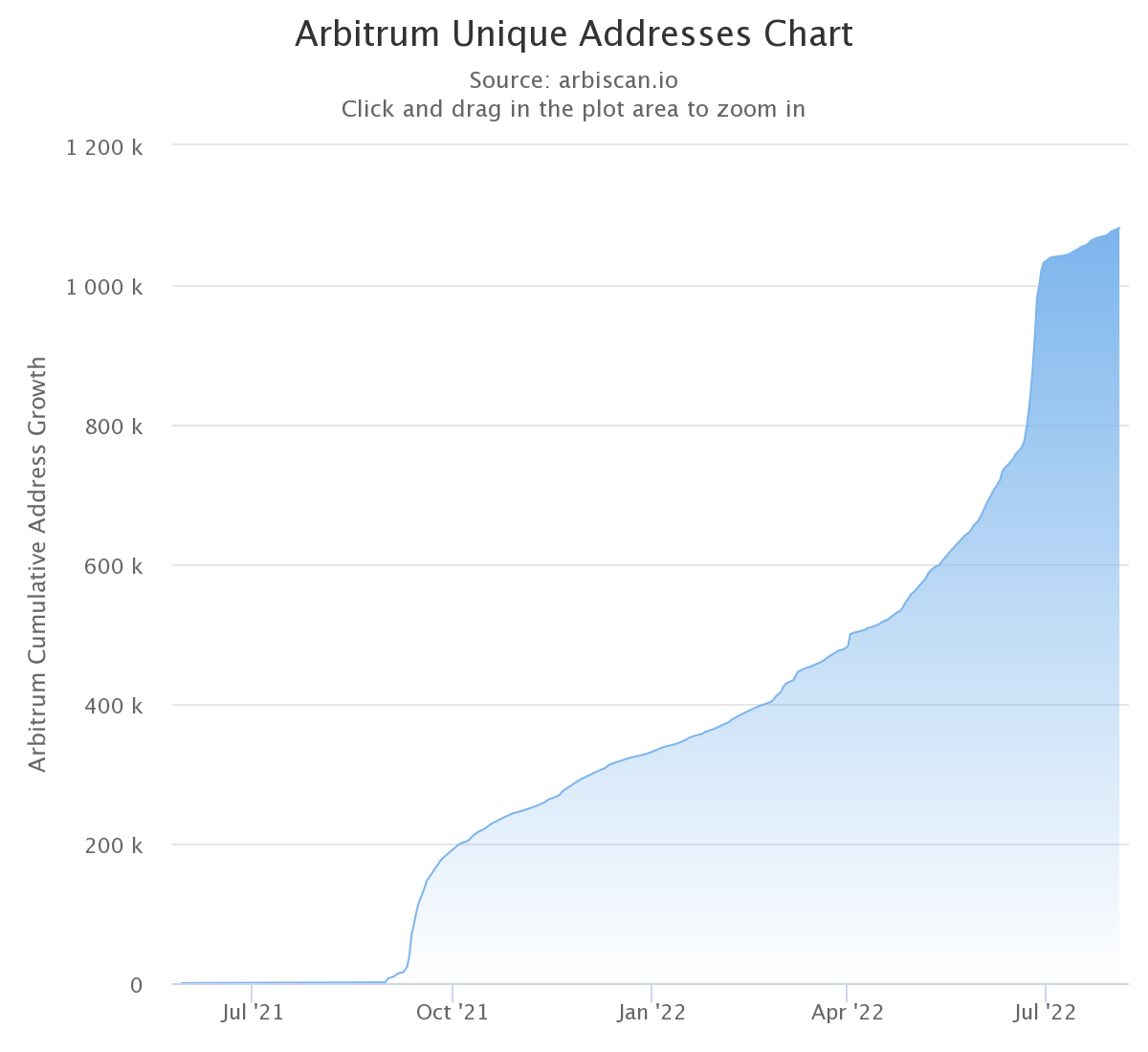 The number of unique addresses on Arbitrum slowly rises after rocketing at the launch of its mainnet. As of August 11th, that number reached almost 1.08 million. It was close to 1.32 million after rapidly rising in May 2022, boosted by the launch of Arbitrum’s token.

The number of unique addresses on Layer 2 dominated by Arbitrum and Optimism is only 2.40 million, compared with that of Ethereum (203 million). Regardless of the relatively low address amount, the Layer 2 ecosystem still enjoys huge development potential in the future given its high user growth speed and great development momentum after being launched in just more than one year.