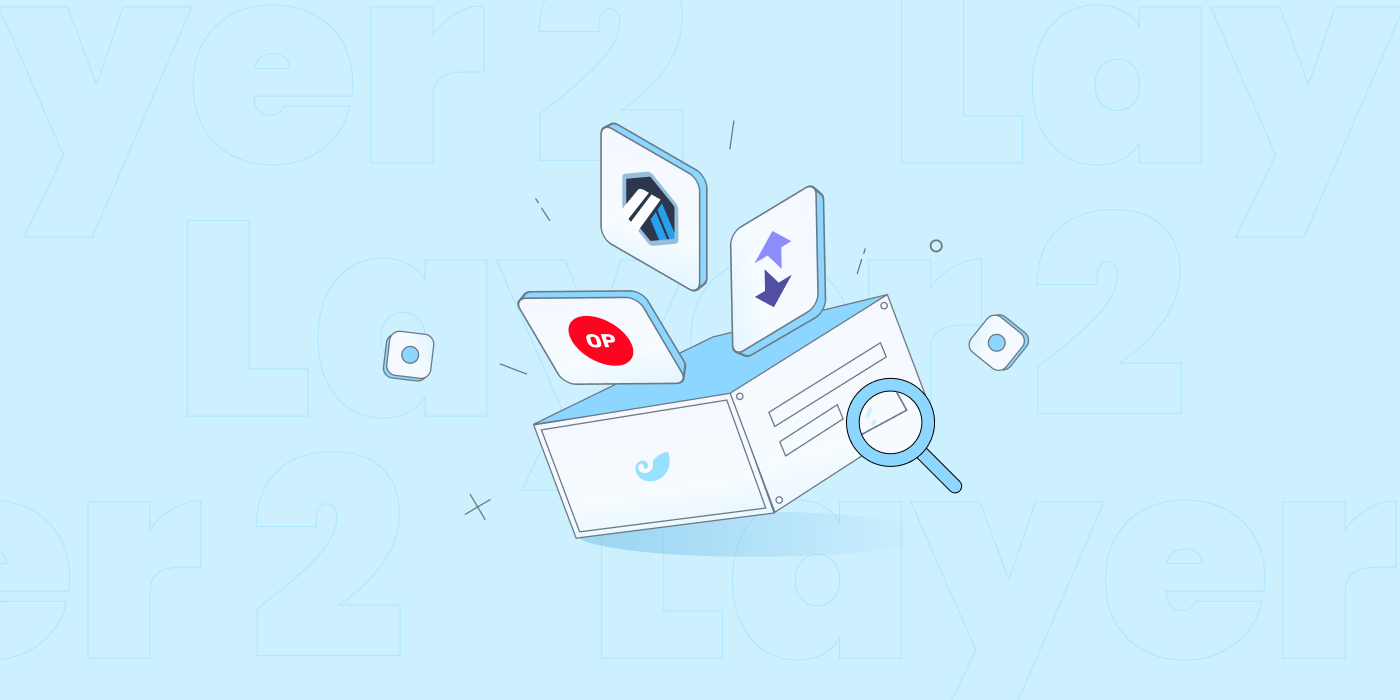 When the going gets tough, the tough get economical. So the winter or the autumn or the bear market, call it whatever you want, is here. It has happened at least twice before, the first time between 2013 and 2017 and the second time between 2017 and 2021. It may look like we’re in another one.

What happens now? Well, projects that have no use-cases and are primarily just shilled as pump and dump schemes will go away, and the ones that offer real functionality and value will still be standing and getting stronger. From the top 25 in the 2017/18 season, only Bitcoin and Ethereum are still up.

People complain about the congestion and high fees on Ethereum, and that’s why Layer 2’s were built. Arbitrum is the biggest, most dependable, most frequently used ETH Layer 2 network. And imToken provides you the best wallet for Arbitrum.

Layer 2 To The Rescue

Arbitrum is a great way to shrink your costs when your profits shrink. Arbitrum was launched by Offchain Labs in 2021 with a $1.2B valuation funding with notable investors such as Coinbase Ventures, Pantera, Compound and Blocknation. Arbitrum is an Ethereum Layer 2 network that decreases costs and increases speed and privacy. The main USP of Arbitrum is the use of Optimistic Rollups. EVM smart contracts can also run on the AVM (Arbitrum Virtual Machine). The current TVL of Arbitrum is over $1.6B with SushiSwap and GMX leading the dominance factors.

TVL is holding strong despite the turbulence of February

Clearly, Arbitrum is a dependable network, you can see that others are using it continually. Add to that the fact that Offchain Labs co-founders Ed Felten, Steven Goldfeder and Harry Kalodner, are geniuses. Ed is a professor, Steven received his Ph.D, and Harry is a Ph.D. candidate at Princeton University. Now that’s a ‘project’ ‘team’ you can get behind.

Here are 5 ways you can make the best of the bear market:

A lot of famous investors in the past have proclaimed that the time to buy is when there is blood on the street. In the carnage of the current events, you can either retreat or dig in further, with better tools and cost-advantages and prepare for the next bull run. Will you be the player who sells his tokens in a downturn for want of money, or the player who buys it from others who sell? A token saved is a token earned! Save on your gas fees today and get started with Layer 2 on Arbitrum. CMC has a good article on how to save using Layer 2. 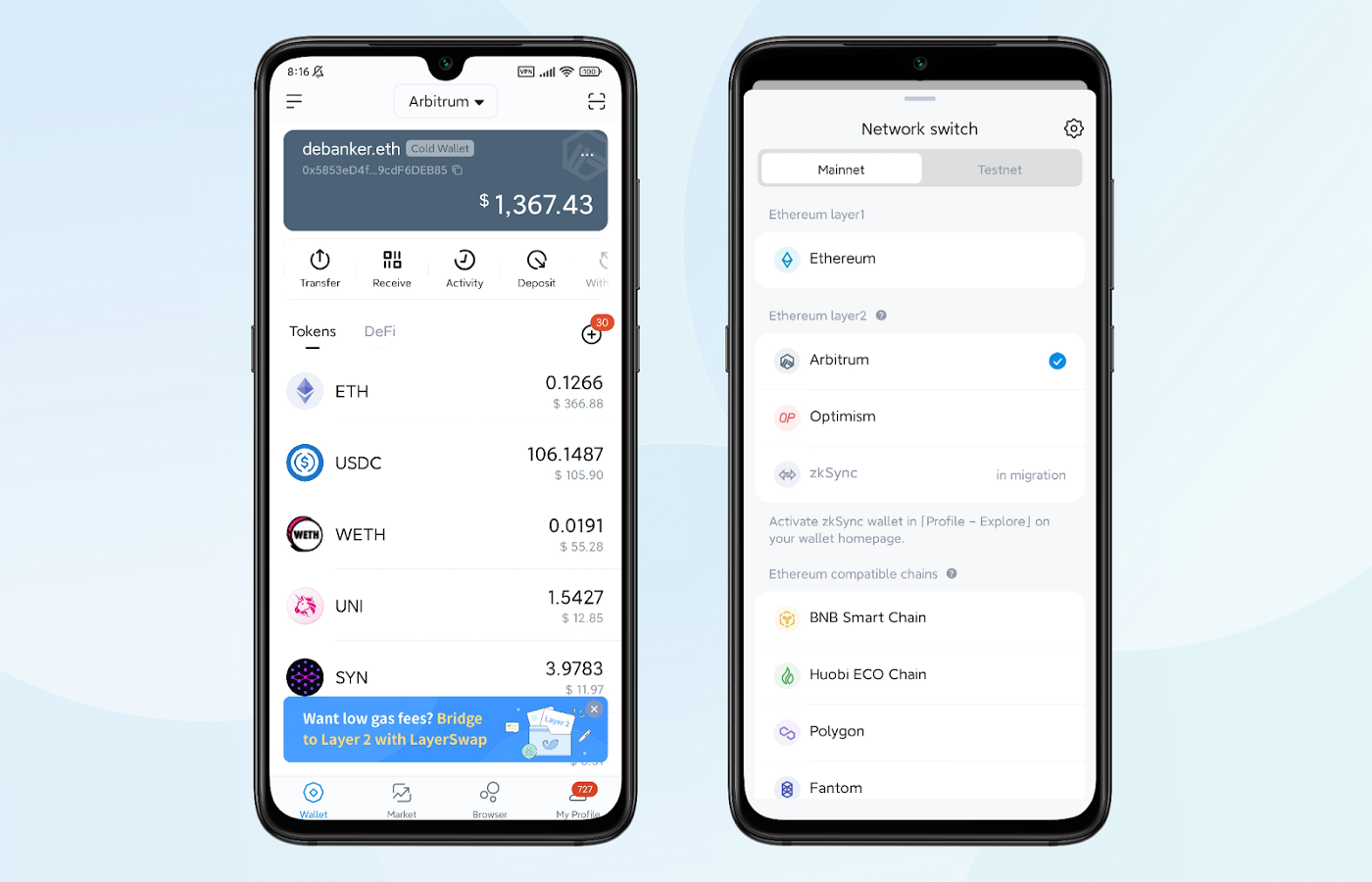 With the imToken wallet and Arbitrum by your side, you will be assured the best interface for trading to a higher level.

The UI and UX on imToken is designed to be much better and less confusing than other popular Cryptocurrency wallets. With imToken, you get the entire DeFi and Web3 ecosystem in your hands along with the lightning fast and cheap Arbitrum network’s capabilities.

📊 Watch your DeFi Portfolio: Positions on Uniswap, SushiSwap, GMX, Dopex and many more

📲 Get notified of changes in your balance via push notifications, now including Layer 2

Get the imToken wallet now from the official site - https://token.im/ or from your Android Play Store or Apple App Store. Get the convenience of a multiple chain wallet, a DApps browser, Layer 2s, EVM-compatible chains, staking & stablecoins, and imKey a great hardware wallet, all under the same app by imToken, a brand you can trust.
Think your knowledge of DeFi, imToken and Layer 2 is good? Then test it on our quizzes like this one and earn free tokens!

Risk Warning: The content of this article does not constitute any form of investment advice or recommendation. imToken does not make any guarantees and promises for the third-party services and products mentioned in this article, nor assume any responsibility. Digital asset investment has risks. You should carefully evaluate these investment risks and consult with relevant professionals to make your own decisions.