What Is The Merge

In a car garage, a well-known cardiac surgeon was waiting for the mechanic to fix his car’s engine.

The surgeon paused and replied:“Try doing it while the car is running”

During The Merge, the engine of Ethereum moved from PoW to PoS  while the network was running. It was highly difficult and took seven years for developers to carry out this upgrade. 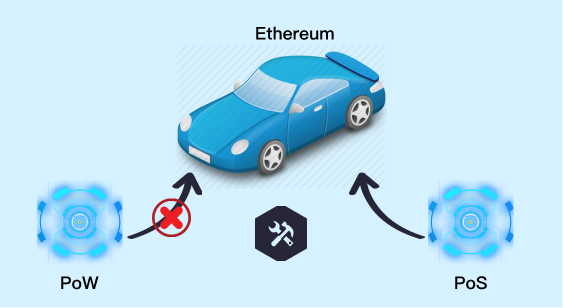 To execute the upgrade smoothly, developers launched the Beacon Chain, a PoS-based chain independent from the mainnet, on December 1st, 2020. And there are no transactions or DApps on this chain. It is an “empty” chain running under the Proof-of-Stake mechanism. So the Beacon Chain is regarded as the Consensus Layer, or CL. At the same time, the Ethereum mainnet continues to confirm transactions and pack them into blocks to keep the whole network running as usual. Thus, the mainnet is called the Execution Layer, or EL.

After running in parallel for 20 months, these two separate chains merged on September 15th, 2022. In this way, the network can be upgraded to PoS without shutting down its “engine”. In other words, blocks can be produced during the whole process.

Why The Merge Matters?

One of the main goals of The Merge is the sustainable development of Ethereum. The PoW-based Ethereum can be compared to a gasoline car while the PoS-powered one is like a car using solar energy.

PoW, or Proof of Work, is a consensus mechanism requiring miners to compete to solve a puzzle through mining rigs (computing power). By doing so, they can get block rewards by proving their work. Nevertheless, a huge amount of electricity will be consumed by those rigs.

It is pointed out by Ben Edgington, global product lead of ConsenSys, that around one million tons of carbon dioxide are emitted weekly from the PoW-based Ethereum.

After the upgrade, miners on the original PoW-based chain are replaced by validators. By staking 32 ETH, users can become one of them for producing blocks and maintaining network security without mining rigs. 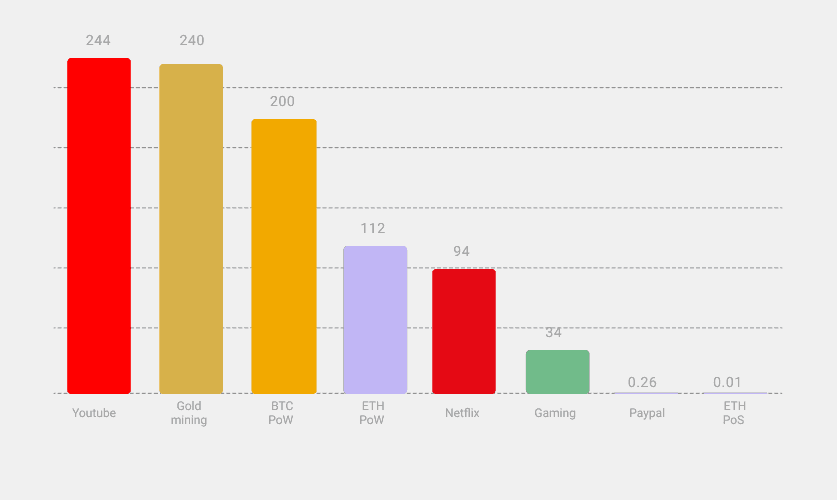 The Benefits of The Merge

On the PoS-based Ethereum, validators must stake a large amount of ETH in the network for its security. The staked ETH of a validator will be slashed if he acts maliciously to attack the network. With this penalty mechanism, Ethereum could reduce the threats of coordinated attacks, such as the 51% attack, thus improving security.

On the PoW-powered Ethereum, the time to produce a block varies. It takes 13 seconds on average to generate a block. After the Merge, that time is fixed at 12 seconds. In some special cases, a block may be generated after 24 or 36 seconds if a node goes offline unexpectedly.

For now, the average APY of staking ETH stands at around 4%. Given the upgrade, that number will climb up since gas fees earned by miners will be transferred to stakers. Blockchain intelligence firm IntoTheBlock estimates that the figure may go up to 7%~12% after The Merge.

After The Merge, the ETH issuance is estimated to drop by 90%. What’s more, EIP-1559 introduced in the London hard fork has been burning ETH since August, 2021. So the token will be deflationary if the amount burned is larger than the newly issued.

Misconceptions about The Merge

1. Misconception: I can unstake ETH immediately after The Merge.

Note: if you stake ETH through Lido or Rocket Pool, you can swap the stETH or rETH for ETH in DEXs such as Uniswap.

2. Misconception: Gas fee is cheaper after The Merge.

False. The transition from PoW to PoS does not lower the Gas fee

3. Misconception: The transaction speed is faster after The Merge.

False. The transition from PoW to PoS does not fasten the transaction speed.

4. Misconception: I should swap ETH for ETH2 token after The Merge.

False. There are no so-called ETH2 tokens. Your ETH does not need changing or upgrading. There's almost certain to be scams telling you otherwise, so be careful.